Mayweather’s Earnings Could Top $1 Billion After Next Fight

On August 26, 2017, Floyd Mayweather will fight Conor McGregor in what is quickly becoming one of the most exciting and talked about sports events in history. Floyd is putting his 49-0 perfect record on the line to face Conor who has never actually fought in a professional boxing match. McGregor turned 29 today. Floyd is 40. Assuming something crazy doesn’t happen (like one of them breaks an arm), the stars are aligning for this to be an extremely lucrative evening for both fighters. Perhaps even surpassing the money generated by Floyd’s 2015 fight against Manny Pacquiao. And if that happens, there is a chance that Floyd Mayweather’s career earnings will top a mind-boggling $1 BILLION. If you take into account inflation, Floyd joins an elite club of billion-dollar earning athletes that includes Michael Jordan, Jack Nicklaus, Tiger Woods and Michael Schumacher.

First off, here’s how Floyd Mayweather career earnings break down as of today:

He also earned around $2 million from his first 15 fights that preceeded the 2005 match against Arturo Gatti. Floyd has earned around $25 million outside the ring selling merchandise and from a handful of relatively small endorsment deals.

When you total it all up, Floyd Mayweather’s total career earnings as of this writing are $730 million. 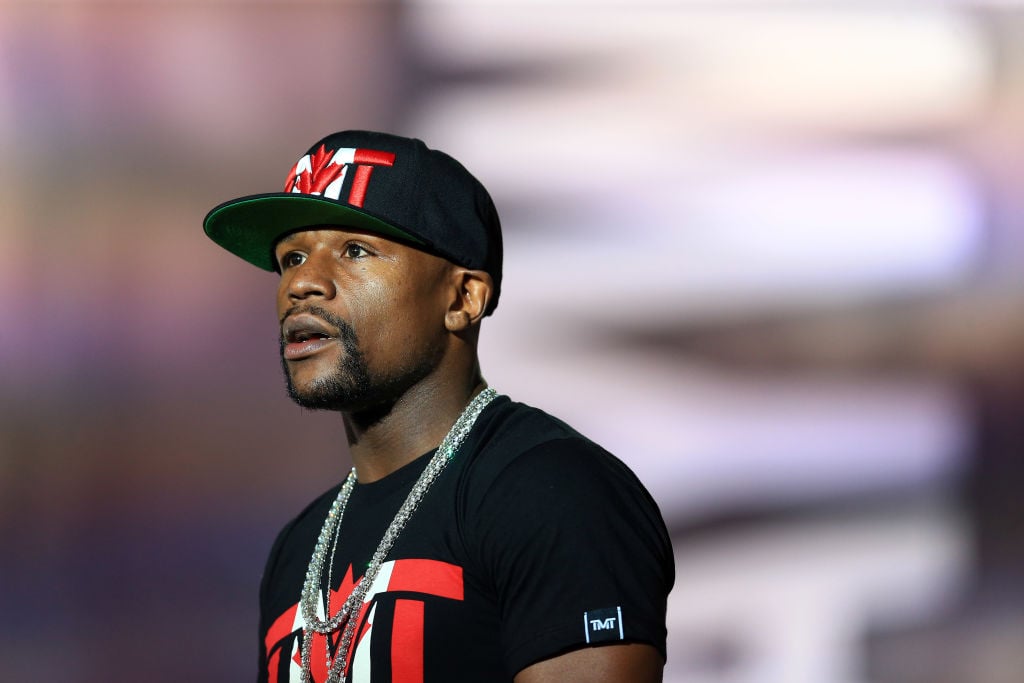 When Mayweather earned $250 million fighting Pacquiao, 4.6 million people purchased the event on Pay-Per-View. When you add up all revenue sources (ticket sales, merchandise, sponsorships, etc.) the Mayweather Pacquiao fight generated around $620 million. In other words, Mayweather took home around 40% of the total revenue.

As of this writing, Vegas analysts are predicting that 5 million people will spend $99 to purchase the Mayweather-McGregor fight on PPV. If that happens, it’s likely that the fight total revenue from all sources will top $700 million. Using the same 40% cut mentioned previously, Floyd’s paycheck for the McGregor fight could theoretically be $280 million.

If that happens, Floyd’s total career earnings will officially be $1.01 BILLION.

Now, we would be remiss not to mention that Floyd’s PROFITS from the McGregor fight will be lower than normal due to his tax situation. If he does earn $280 million off the fight, roughly $112 million will be taken out for taxes. He’ll then have to cough up another $22.2 million to pay taxes he still owes dating back to 2015. So his after-tax profits off that $280 million, will be around $145 million. Still an absolutely enormous sum that is incredibly impressive.